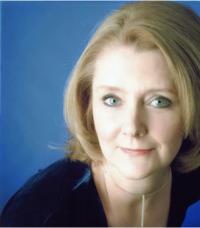 Paris Helen Brownlie Notley, known to her students as ‘Miss Paris’, has been a professional performing artist, a choreographer and a teacher of dance all her working life.

It all started when Paris sang as part of the chorus in the 1971 summer season at Glyndebourne whilst 14 years old and still at school. Then, in 1976, when she was attending The Nesta Brooking School of Ballet in London, she danced with the Sadler’s Wells Opera Company in a Handel Festival.

While she was a student at Nesta Brooking’s she studied under one of the regular visiting teachers, Mary Skeaping (who had been, in her turn, a student of the Maestro Enrico Cecchetti), At Brookings she also began her own teaching career with Vann’s School of Dance in North London, having become a Cecchetti Associate of the ISTD.

During her school holidays, and then when she had finished at Brooking’s, she lived with her family in California where she also trained with Olga Fricker (Cecchetti Council of America); and in the American style of Tap with the great Al Gilbert (a real teacher’s teacher); and she also took classes with the legendary choreographer Bob Fosse.

Wherever she happened to be it was never long before ‘Miss Paris’ was teaching class; and throughout the eighties the first Paris Helen School of Dance grew and prospered in Sydney, Australia. In 1993 Paris was back in England and began her freelance classes in North Dorset. In 1999 her brand new and purpose built studio opened in Shaftesbury and the Paris Helen School of Dance began its next phase, teaching Ballet, Tap, Modern, Spanish and Musical Theatre to all age groups. Paris decided to sell her school in April 2010, by now re-branded as The Shaftesbury Academy of Performing Arts, and to concentrate on her freelance teaching and choreography.

Paris is qualified as a Registered Teacher of Dancing, Cecchetti Faculty, of the Imperial Society of Teachers of Dancing (commonly known as the ISTD) and is a Member of the Royal Academy of Dancing.

Paris is the Organiser for the Cecchetti Summer School for Young Dancers, a position she took over in July 2005. This week long residential event is held annually in Hertfordshire, at the Tring Park School for the Performing Arts; and in this role she is responsible for some 100+ students, ranging in age from 10 to 18, and from Grade Three to Advanced One. She plans the timetable and appoints teachers, pianists and support staff as well as teaching some of the classes herself; and is responsible for the pastoral care and being the overall manager throughout the week.

Paris also has close relations with the Cecchetti Society and has been invited to teach for their Scholars and Associates Programs; and to invigilate at the South & West Choreographic Competition and, most recently, as the inaugural adjudicator of their new ‘Lets make a Competition’ event and ‘Children’s Award’.